Cause and Effect Essay on the American Civil War 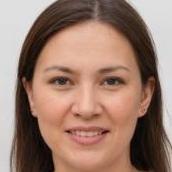 By Aliyahhoffman,
September 7, 2022 in Article Submissions